It was a beautiful weekend to be at a show at the Kentucky Horse Park! Woodrow moved up to beginner novice, and I was really happy with him all weekend long. He was quiet and a bit sluggish in the dressage, and I actually had to kick him around his test. We ended up with a 60%, but I feel he will be much better than that in the very near future.

Stadium was rough…..to say the least. He was overwhelmed and distracted by the whole scene. We made it around the course with just one rail and a great deal of kicking and whacking.

Woodrow jumped the cross country course really well. We had a lot of time penalties due to the fact he didn’t want to cross the 2 water filled ravines that divided our course. The jumps themselves were great!

We ended the weekend in 12th place, and I feel that the education he received this weekend at the chaotic park was priceless. He handled all of the bikes, golf carts, tents, cars, screaming kids, and all other craziness with a completely level head. After this weekend’s success, I plan to compete him again in June at Midsouth. 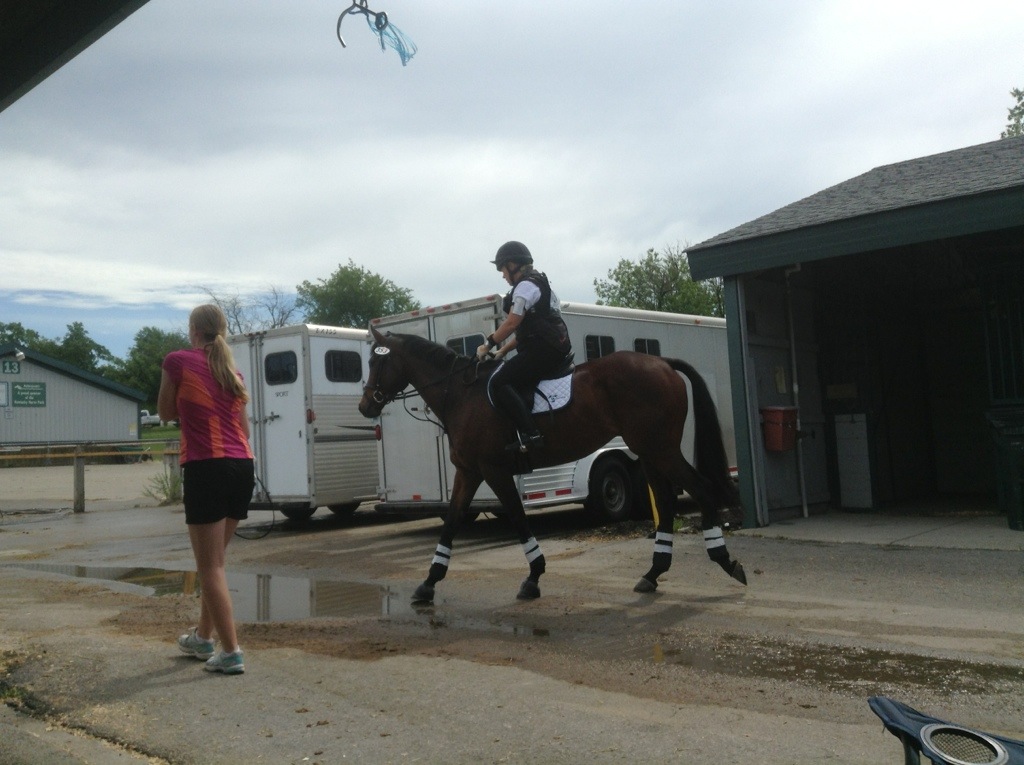 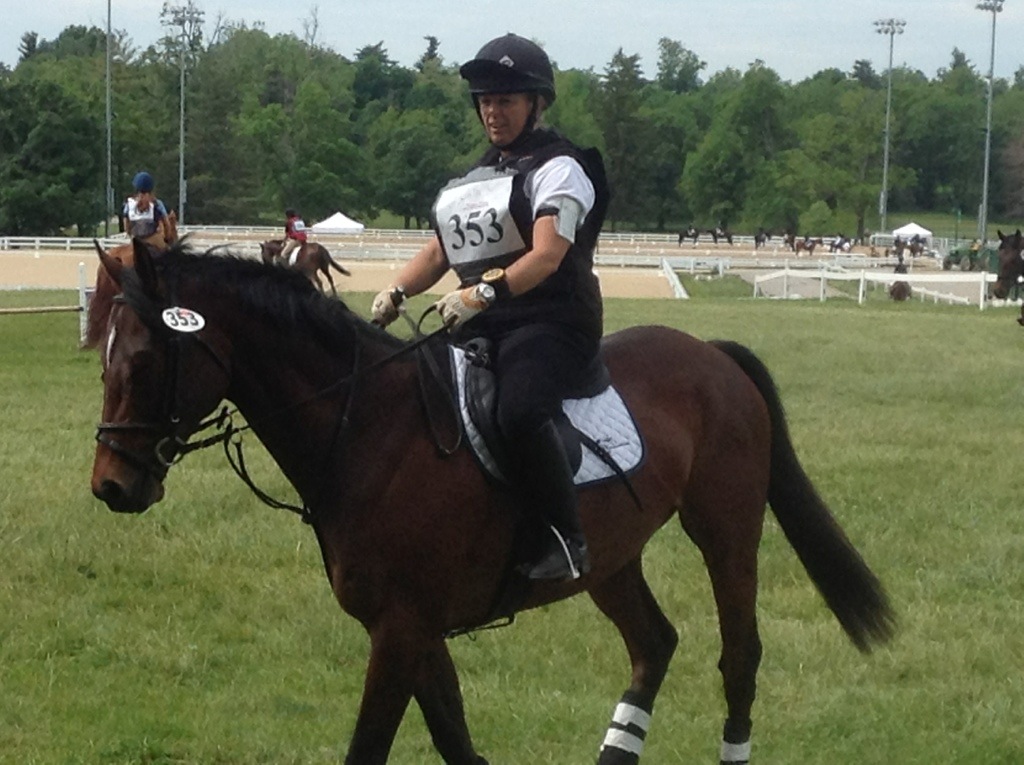 Today was a great day for the Wetherbrooke Girls at GDHT. Sara and Jessica put in fantastic dressage rides in their novice division. Sara and Gus won the dressage with a 27 (73%), and Jessica and Aragon finished dressage in 5th place with a 40 (60%). Both girls were awesome in stadium, but Sara got some time penalties for being a bit too slow. The girls finished in 2nd and 5th for the day.
Woodrow and I had a bit of a rough start to our dressage test……as the judge was using the dressage test from 2010 instead of 2014. I had to restart my test after some confusion. He was angry about going back in the arena, but he ended up winning the dressage on a score of 39 (61%). We had a double clear stadium round and stayed in first for the night.
Tomorrow is xc day!!!!!! 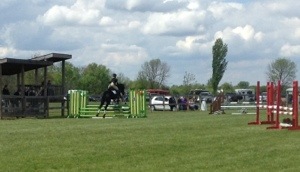 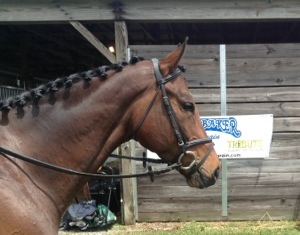 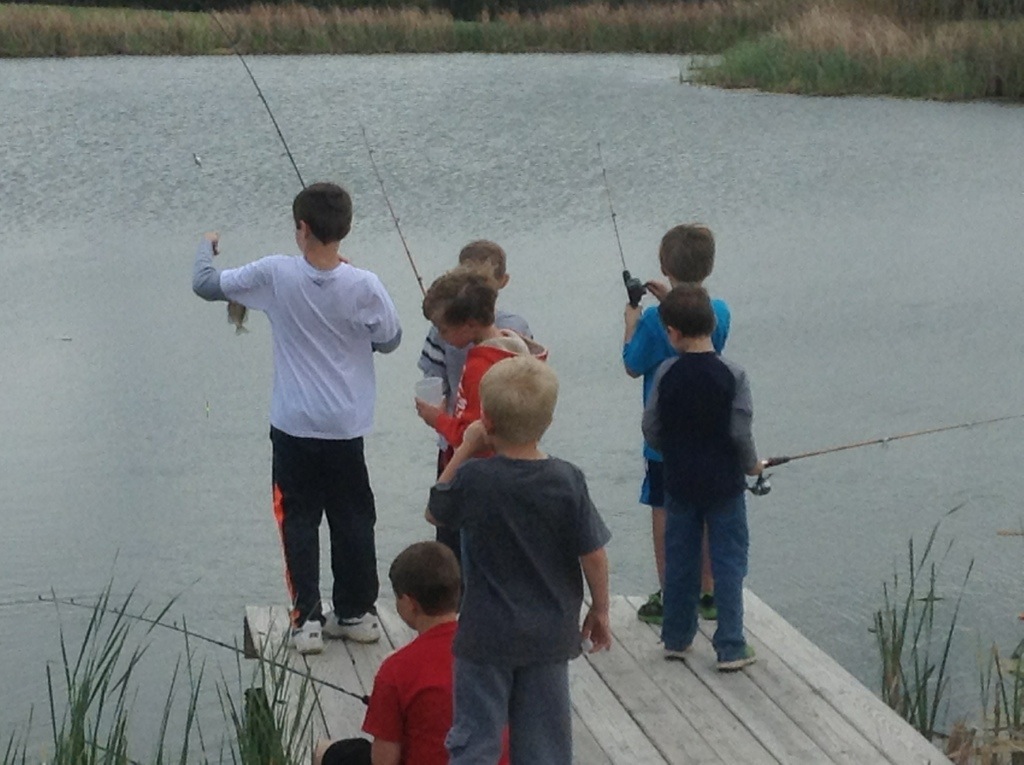